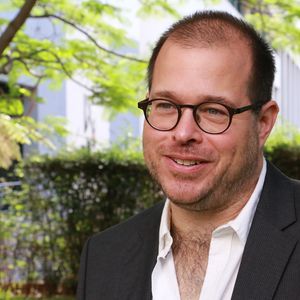 Chris Csíkszentmihályi is a scholar and technologist whose work draws from the humanities, design, and art. His sociotechnical systems are synthesized to drive political change, and to assist communities in mitigating the negative aspects of globalism. He is currently Scientific Head of the Madeira Interactive Technologies Institute, where he is also a professor and head of the Critical Technical Practice Lab. Prior to that, he cofounded and directed the MIT Center for Future Civic Media, dedicated to developing technologies that strengthen communities; he also founded the MIT Media Lab’s Computing Culture group, which worked to create unique media technologies for sociocultural and personal political applications. This work imbricated millions of people and led directly to many still thriving non- and for-profit enterprises. He is on the steering committee of the Digital Civics centre at Newcastle, and DATACTIVE at U. Amsterdam. Csíkszentmihályi also directs the RootIO project, a radio-as-a-service platform with a growing network of highly networked community FM radio stations, which is expanding to around 20 stations in rural areas of Uganda and Cabo Verde by the end of 2018.