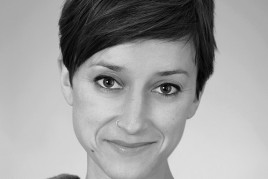 Tatiana Thieme is an urban ethnographer and Lecturer based in the Department of Geography at University College London. Her research focuses on urban “hustle” economies in precarious urban environments, and urban political ecologies of waste and sanitation in the Global South. This article is based on ethnographic research conducted in Nairobi between 2009 and 2010, and subsequent fieldwork in 2011, 2012, 2016, and 2017.

Tatiana graduated from Cornell University (New York, USA) with a BA in Anthropology and Dance (2000), where she was awarded a grant from the Cornell Council for the Arts. She completed an MSc in Law and Anthropology at the London School of Economics (2004), and an MPhil/PhD in Human Geography at the University of Cambridge. She was an Honorary Cambridge European Trust Scholar (2008) and her PhD was funded by an ESRC Case Studentship (2013). She worked as a Lecturer in the Geography Department of the University of Cambridge and a Director of Studies at Fitzwilliam College from 2013 to 2015. Tatiana joined UCL’s Geography Department in October 2015.

Since 2011, she has also been affiliated with Paris based Social Business/Enterprise and Poverty Chair at Haute Ecole de Commerce (HEC), and has been a visiting lecturer at Ecole Normale Superieure (ENS) for their Masters modules on “Economie et Société”. She is a fellow of the Royal Geographical Society, a member of the Association of American Geographers, Association of American Anthropologists, British Institute of East Africa (BIEA), Institut Francais de Recherche en Afrique (IFRA), and the University of Cambridge African Research Forum. Tatiana is also passionate about the convergence of critical academic reflection and practice. She has worked as an academic advisor on numerous action research projects in Kenya, India, Philippines, and South Africa focused on improving access to urban sanitation, nutrition, and energy for the urban poor, and is one of 20 members of Paris-based think tank Re(Source), focused on tackling water, sanitation and energy poverty.