Suppose you wanted to test the reality of democracy. Tired of claims and counter-claims, of endless debates about ideals and aspirations, and deeply unconvinced by the arguments of political philosophers, you would like to produce some real, hard facts; to verify, once and for all, that democracy really exists – that it can be successfully built and made to work.

Would it be possible, perhaps, to build a democratic prototype? A device that would demonstrate, beyond reasonable doubt or ideological skepticism, that that most fragile of political forms can truly survive in this world? Could we fabricate a demo to make visible, tangible and testable the viability and inner workings of democracy?

The psychologist Kurt Lewin is famous for having produced such a demo.

After a prolific career at the Psychology Institute in Berlin, he fled Germany in 1933 and, towards the end of the decade, settled in Iowa. There, at the Child Welfare Research Extension, he undertook a series of experiments that culminated in the first successful fabrication of a laboratory democracy – or, to use Lewin’s own phrase, of a “democratic atmosphere.”

The experimental odds for producing such material facts were, however, inauspicious. No similar experiment had ever been tried before. It was dubious that democracy could be successfully transposed into a laboratory context – it was indeed far from evident that the very enterprise made any sense at all. Transforming basic categories of psychological description – “will,” “personality,” “emotion” – into observable experimental entities had been hard enough; trying to convert a political form into an object of laboratory observation seemed brazenly naive.

“Is democracy not much too large a subject for an experimental approach?” Lewin asked himself. “Would such an experiment not presuppose having the control of a full country with cities, streets, and factories, and a hundred years to learn the outcomes of the experiment?”[2]

Lewin did not have control of a full country. What he did have was an unusual knack for bringing into the laboratory phenomena of ambiguous ontological status – and in the process making those phenomena tangible and visible to others.

His approach to the laboratorization of democracy followed in the lineage of the work that he and his Gestalt colleagues had conducted on apes and humans. He recruited groups of schoolchildren (age 10 to 11), gathered them in an experimental space (a makeshift laboratory created by hanging burlap curtains around a small work area), and gave them an identical task (the fabrication of theatrical masks). The children (grouped in separate ‘clubs’) were then subjected to strikingly different styles of “leadership” (“leadership” being another of Lewin’s successful fabrications). Under an “authoritarian atmosphere”, the leader (an adult member of Lewin’s team) would dictate to the children the steps to be undertaken (one at a time, so that the overall structure of the task would remain uncertain to the participants), assign individuals to particular activities, be “personal” in his criticism or praise of the participants, etc. Under the alternative mode, what he would later describe as the “democratic atmosphere” or “democratic social climate,” decisions about the nature and trajectory of the task were made by the group, children were free to associate themselves with whomever they wanted in pursuit of their practical goals, while the leader was “objective” or “fact-minded” in his comments about the performance of the group. 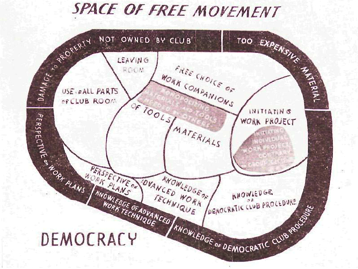 “Space of free movement in the democratic group.” In Lewin, Lippitt, and White, “Patterns of Aggressive Behavior in Experimentally Created “Social Climates”, 1939

Over several weeks, groups would transition back and forth from one mode of authority to another, while every aspect of the children’s behavior was scrupulously recorded by a team of psychologists “grouped behind a low burlap wall in a darkly shaded area.”[3] The experimental protocols required an extreme intensity of observation: the children’s movements and actions were recorded at 1-minute intervals, while Lewin, hiding behind the blankets that demarcated the laboratory space, filmed the proceedings.

The results were striking. The amount of interpersonal hostility and aggression was markedly greater in the authoritarian “social climate”, as was the volume of “tension” (yet another Lewinian construct that would enjoy a long and successful career in twentieth-century psychology) and the tendency towards “scapegoating”. The changes in the groups as they moved back and forth between democratic and authoritarian atmospheres (as the experiment progressed, Lewin introduced a third political ambience: “laissez-faire”) were sudden and dramatic: “There have been few experiences for me as impressive,” Lewin wrote, “as seeing the expression in children’s faces change during the first day of autocracy.”[4] 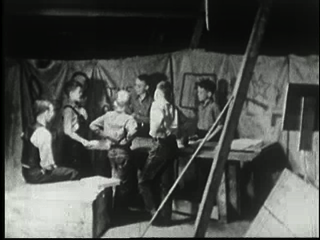 The group and its leader (sitting), in the democratic atmosphere. From the film “Experimental Studies in the Social Climates of Groups,” Prelinger Archives.

In what sense, though, were all these phenomena “visible”? For one, Lewin produced a silent film that, despite (or because of) its combination of raw footage, crude cutting, and authoritarian titling, convinced many of its viewers that the “atmospheres” were perceptible and manifestly distinct. (One sees in Lewin’s cinematography the influence of an old acquaintance of his, the Soviet film director Sergei Eisenstein). In the images of children unknowingly passing through democracy and autocracy, displaying always the “spontaneous poses” associated with different political climates, one observes the origins of a powerful genre: the candid camera trick as a way of enacting a reality far more objective than anything achievable through mere “representation”.[5] 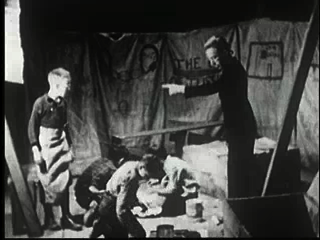 We should thus resist the temptation to focus on the flaws and limitations of Lewin’s experiment (the slapdash setting, the crude deceptions, the schoolchildren tasked with representing pure political forms), and see instead the incredible productivity of his approach. By demonstrating that human democratic behavior can be successfully reproduced in experimental captivity – by showing, in fact, that it can be best reproduced in experimental captivity – Lewin ushered in the era of miniature democracies. We are by now accustomed to the once bizarre notion that democracy can happen – and in fact happens more readily – in reduced spaces: in the “white rooms” of focus groups, deliberative experiments, and group-therapeutic settings.[6] Democracy survives today in greenhouses – in artificial and experimental spaces where “climates” and “atmospheres” can be carefully manipulated.[7] At a time when the period of unbounded, mass political participation was coming to an end, Lewin invented a format that allowed the capture and observation of fleeting moments of democratic life.