Presentation as a prototype itself: opens questions through the material of In the Air, a project which makes visible the components of the air.

A degree of skill and experience is necessary to effectively use prototyping as a design verification tool. (Wikipedia)

A  prototype is generally object oriented, but it can be applied as well to a methodology. In the Air has been developed mainly through international collaborative workshops, held in Madrid, Budapest and Santiago de Chile. Attended by students and professionals from many different fields, origins and ages, different strategies for production, excitement and  participation have been tested.

What is the level of adaptiveness of a prototype? Can it be produced by non experts?
The word derives from the Greek πρωτότυπον (prototypon), “primitive form”, neutral of πρωτότυπος (prototypos), “original, primitive”, from πρῶτος (protos), “first” and τύπος (typos), “impression”.(Online Etymology Dictionary)

Prototype as a re-presentation.

Visual prototypes are supposed to capture the intended design aesthetic and simulate the appearance, color and surface textures of the intended product, they don´t embody the function of the final product. However, do they need to function? Can the representation be the goal in itself? The digital map of In the Air:

An early model of a product which is tested so that the design can be changed if necessary. (Collins Dictionary)

Prototype as a testing machine. 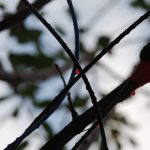 In order to bring information out of the screen into the physical world, several technological devices have been developed. However, they have not been understood as prototypes for a final product, but as testing machines or thinking devices.

What is the level of “finishness” of a P? How long does it need to last? Does it have to work?

The first example of something, such as a machine or other industrial product, from which all later forms are developed (Cambridge dictionary)

Prototype as a collection, as a process. 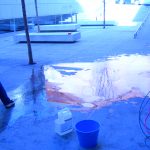 P is often referred to as a singular and first item. But as everything comes out of a context and is an interpretation of previous elements, a P could be understood in plural, as a collection of tests, as a research process, and whose goal is not the production of an object but the production of knowledge. An example would be the prototypes of the “Diffused Facade”, a device that, through water vapor, emits and qualifies the air quality into the public space. What is the prototype? Is it the idea? The drawing? The first model?

How is the P evaluated and in which cultural context? What does success and failure mean?

On the one hand is invention i.e. Ideas, projects, plans, and yet also prototypes and pilot factories: in a word, all that occurs prior to the first uncertain meeting with the user and the judgment which he will pass. (Madeleine Akrich, Michel Callon and Bruno Latour, “The key to success in innovation”)

A new question arises with another visualization system, the application for an urban screen. After several tests the project is adapted to the communicative and interactive aspects of the new media, although it would need more development. But then:

A person or a thing that serves as an example of a type.(Collins dictionary) 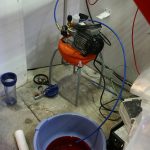 A line of research in progress is the design of a kit of domestic sensors that citizens could ensemble at home to produce independent data. It becomes necessary to recognize the new type of data that they will produce, and to question it´s level of credibility.

Would the system become a large scale collective  prototype? Can it be emergent and self organized?

A prototype is an original type, form, or instance of something serving as a typical example, basis, or standard for other things of the same category. (Wikipedia).

The prototypes developed in In the Air could be developed further, but they also have been the door of new paths of research, and the platform or instrument for other analysis:

If an infrastructure could be described as a system that makes possible or facilitates other things to happen, one could say that these prototypes have an infrastructural side, questioning aspects of durability, efficiency, use, accessibility, etc.