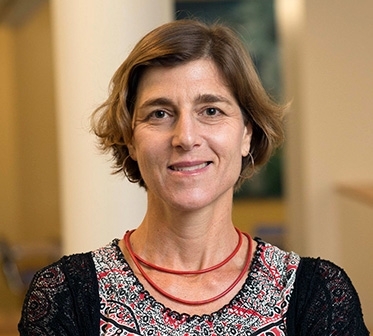 Brenda Chalfin is the Director of the Center for African Studies at the University of Florida, and also holds appointments as a professor of anthropology and African Studies. Bringing together cultural anthropology, geography, and political economy to establish new analytic points of entry to understanding political life in contemporary African states, her research addresses the complex functioning of national boundaries and frontiers, the popular production of infrastructure and urban public goods, non-territorial and maritime sovereignty, the built environment, and the changing political valence of waste in the context of late-capitalism.

Dr. Chalfin is now working on a book tentatively titled “Vital Politics: Infrastructures of Bare Life on Ghana’s Urban Frontier.” An urban ethnography drawn from her extended research in the West African nation of Ghana, this work explores alternative infrastructures of waste management that emerge in contexts where state and municipal provisioning of public works are grossly, and deliberately, inadequate to urban realities.

Dr. Chalfin has held fellowships at the Institute for Advanced Study in Princeton, New Jersey, the Woodrow Wilson International Center for Scholars, and the University of Ghana’s Institute of African Studies and been a recipient of Fulbright, Wenner-Gren, and National Science Foundation grants. Dr. Chalfin earned her PhD in anthropology at the University of Pennsylvania. Her publications include Neoliberal Frontiers: An Ethnography of Sovereignty in West Africa (University of Chicago Press, 2010), Shea Butter Republic: State Power, Global Markets, and the Making of an Indigenous Commodity (Routledge, 2004), and journal articles in American Ethnologist, Current Anthropology, and Politique africaine. The January 2016 issue of Ethnos: Journal of Anthropology, includes the article “Wastelandia: Infrastructure and the Commonwealth of Waste in Urban Ghana.”