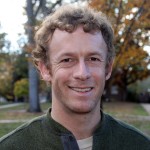 I am a cultural anthropologist who specializes in South Asia. To date, my research has organized primarily around interests in the postcolonial state, the affective dimensions of political life, and the politics of recognition, belonging, and autonomy in India. My recent book, The Demands of Recognition: State Anthropology and Ethnopolitics in Darjeeling (Stanford University Press, 2015), follows communities in their quests for tribal recognition and autonomy in India. My fieldwork for this project focused extensively on communities’ efforts to become Scheduled Tribes (a coveted affirmative action designation). I simultaneously worked with government anthropologists who certify India’s Scheduled Tribes. Examining tribal recognition from ‘inside’ and ‘outside’ the postcolonial state, I have sought to understand the workings of late liberal governance and its impacts on indigeneity and the ethnos today. This has involved, at once, an engagement with the ever-evolving lives of anthropology in India and a broader theorization of our ethnologically-informed present—what I call the ethno-contemporary.

I am currently pursing a number of new research projects. Most immediately, I am the lead investigator of a NSF supported collaborative research project entitled Chokepoints: A Comparative Global Ethnography. This project brings together ethnographers from across the disciplines to examine a series of critical ‘chokepoints’—for instance, geo-political corridors, canals, straights, tunnels, etc.– around the world in order to contribute to broader understandings of infrastructure and logistics. I have also begun a long-term ethnographic and historical investigation provisionally titled, The Lives and Lands of Cinchona: A Short History of Quinine in India.   This project examines the colonial history of cinchona (the tree from which quinine, the principle anti-malarial during the colonial period, was harvested) and the current quandaries of its still-existing plantations. My aim is to theorizes cinchona as lynchpin of the colonial era and a window into the entanglements and shifting techno-political terrains of post-liberalization India. Along with these projects, I am currently co-editing a book (with Sara Shneiderman), Darjeeling Reconsidered: Histories, Environments, Politics, and writing on topics of political violence, assassination, and the current state of anthropology.