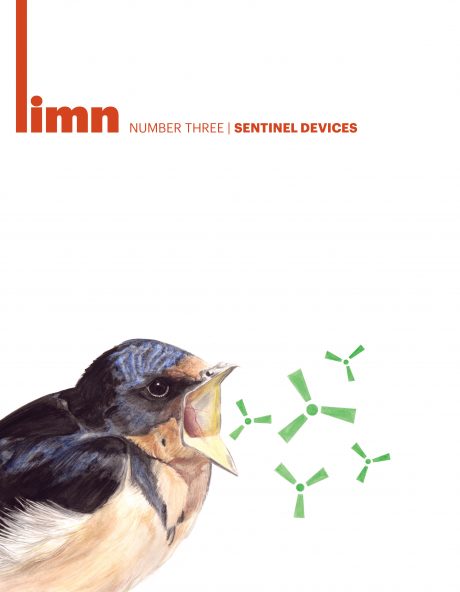 The polar ice cap rapidly recedes; colonies of honeybees collapse in alarming numbers; androgynous fish are detected in rivers and streams. These reports not only describe recent events, but also function as signs of an ominous and rapidly encroaching future. In this issue of Limn we focus on how this future makes its appearance in the present. Many of the threats we now find most alarming-climate change, environmental radiation, emerging disease, endocrine disrupters, toxic chemicals-are not immediately perceptible to human senses. We rely on non-human indicators, whether animals or detection devices, to alert us to their possible onset.

Such indicators can be thought of as sentinels, or heralds of an approaching danger.